If you didn’t have a chance to come out for the exciting events that were taking place at the Art Alliance this April, don’t panic. Enjoy these photos from recent events, and make sure to join us in May!

On Tuesday, April 16, Norma Minkowitz gave a Craft & Culture lecture about her work as a sculptor. One of her pieces, Child of the Night, 2009 was particularly interesting. She described it as when a young child wakes up during the middle of the night and is frightened by his toys because of how they appear in the dark; the shapes make monster-like figures. For this sculpture, Minkowitz used fibers and mixed media. 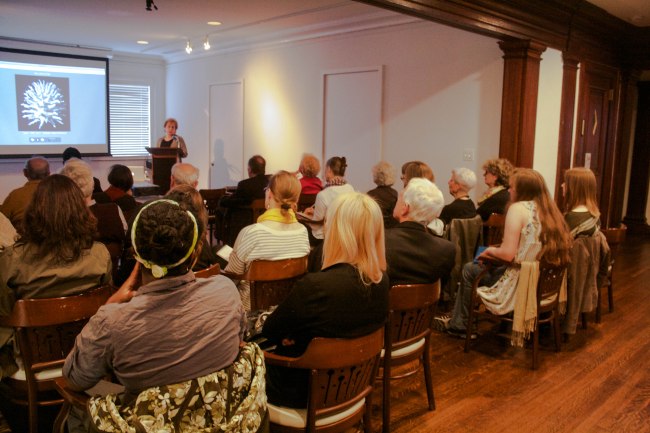 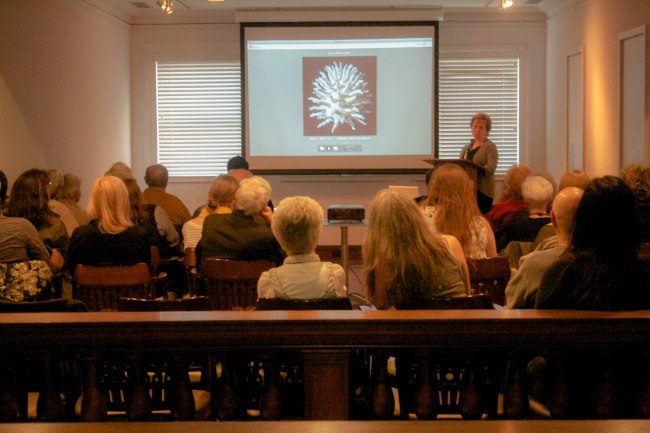 Minkowitz showing and discussing her artwork 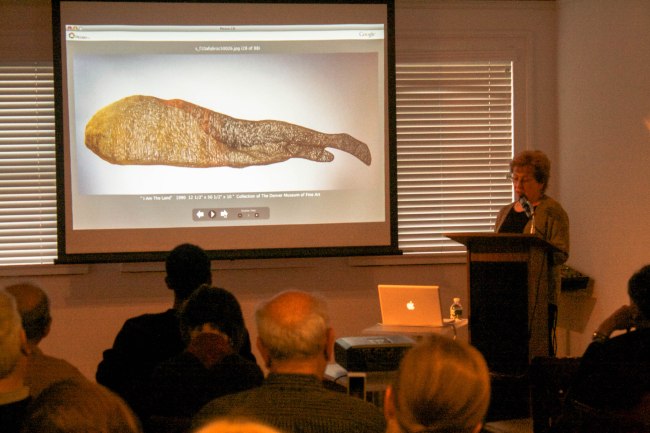 On Friday, April 19, the talented Ariane Alexander-Liao performed five beautiful pieces on the piano accompanied with art by Constance Braden, which made for a unique and exciting recital. The artwork was created in response to the specific piano pieces performed by Alexander-Liao, adding a visual component to the musical experience that left the audience in awe.

Below, Alexander-Liao discusses the pieces included in her performance 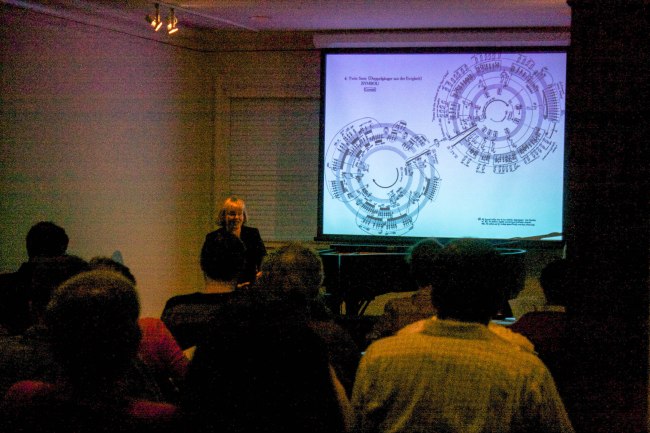 On Wednesday, April 24, the sixth installment of CaveCast was held here at the Art Alliance with guest DJ Vincent Smaldone, aka DJ Image, addressing the subject of Turntablism. DJ Image discussed his history as a DJ and also showed some videos of old school DJ artists, which proved to be enlightening and interesting. It was a treat for the crowd, who got to participate in a discussion with DJ Image about the art of scratching and to try their hands at it! 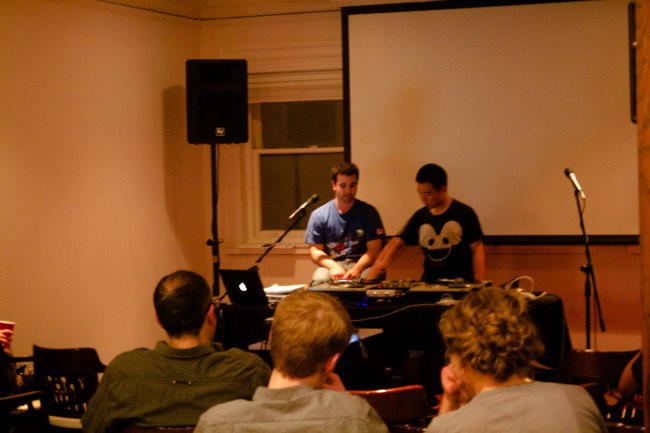 With the help of an audience member, DJ Image demonstrates how to scratch

Promote Your Page Too